Rafael Lozano-Hemmer lives and works in Canada and Mexico. Born in Mexico, he is a Canadian citizen. Now based in Montreal, he at one time lived in Vancouver. His artwork Vectorial Elevations, a highly visible public work involving searchlights in the Vancouver sky, is part of the Cultural Olympiad (the arts component of the 2010 Winter Olympics) and has become one of the most popular of the Olympiad artworks.

During a Q&A after his keynote speech at CODE: Dialogues, a 2010 Cultural Olympiad conference, Lozano-Hemmer told an audience that when he learned BC arts funding was to be cut by 90{657ab421ca78803e6ca09fb12cb1083faf4bf942ede4384bbfd3e509f1f99d3e} after the Olympics, he felt that in this context his artwork was “obscene,” and said he was dismayed by BC politicians’ lack of vision.

He expressed a faint hope that the key and visible role of the arts in the Olympics would induce politicians to change their minds. He also said he hoped it would induce Vancouverites to ask themselves “what is it about these [art] projects that are making this moment special?” He went on to ask “And what if people get used to that and they demand that of their city, to have that kind of vibrancy and cultural stimulation and so forth? What if the politicans were to be [shown] that this is important not just economically, because culture brings in a net worth, but also in terms of quality of life?”

A number of Olympiad artists have, despite contract clauses limiting free speech, spoken out about the arts cuts, but not all of them have Lozano-Hemmer’s international stature. Lozano-Hemmer represented Mexico at the 52nd Venice Biennale and his work is in the collection of NY MoMA and the Tate Modern and many other key museums worldwide.

YouTube video and full transcript of his remarks are here: http://stopbcartscuts.wordpress.com/2010/02/18/artist-rafael-lozano-hemmer-creator-of-the-vectorial-elevations-searchlight-piece-criticizes-bcs-arts-cuts/

Explanation of the “9-11″ remark in the video clip: Before Vectorial Elevations was launched, its energy use wasn’t fully understood and the piece was accused of being “an environmental 9-11.” In fact, for its entire month-long run, the artwork uses the same amount of power as only 10 hockey games.

Holly and other local artists will be showcased at the Lake Country Art Gallery. (Read Holly’s bio below) The new Lake Country art gallery, which opened its doors in January 2010, will officially open its second show “Sculpture Partners with Abstract” on Sunday, March 21st. Visitors can see the show as soon as March 18th…

An ultra chic “Hard rock style” Penthouse is being sold high above Okanagan Lakes deep waters. Download the Press Release to see more images or read it below. Download Press Release Here Kelowna, BC, May 26, 2009 – Picture an ultra chic, Las Vegas penthouse – cut right out of the Hard Rock Hotel –…

Heritage Christian School Invites you to come and enjoy an evening filled with Fine Food & Inspiring Entertainment November 26th, 2009 at 5:30 at our Wish List Auction and Gala Event Eight of your friends or employees can enjoy an evening of top quality dining and entertainment. Table of 8—$500.00 1/2 table 4—$300.00 Individual seating—$80.00…

The 2008 Center of Gravity will be held in Kelowna, BC on Aug 2nd – 3rd. It will be a festival style event that will showcase some of the world’s top freestyle mountain bikers and beach volleyball athletes. The agenda is packed with attractions for all ages including DJs, a Concert, Beer Gardens, Fashion Shows,… 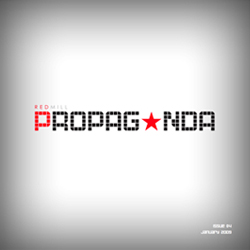 Happy New Year Propaganda Readers! Our fourth issue is here with some scrumptious words for you to chew on. Download Issue #4 Issue #4 contains: $5 of Love, Propaganda Dictionary, Big White, Silver Star, Myth or Truth?, Free Wifi, Colours by Michelle, Made in Canada, Haut Air by Nico, The Fowl Choice, In The Eyes…