When Neil Postman warned in the 1990s against an intrusive and all- consuming Internet, he was merely predicting the advent of Web 2.0. If Postman were alive today, he would be horrified by the Web “technopoly” that has emerged during this decade. The advent of social networking has presented a contemporary Faustian bargain: privacy is sacrificed for membership in a larger social sphere.
Inclusion into a social sphere is the user’s driving factor in belonging to many social networking sites such as Facebook. The concept of always knowing what is going on within one’s social community has led to the creation of a culture of surveillance. Instead of engaging in “real time” social interaction to see what happened after a long weekend, people merely go onto Facebook to see how many pictures their friends have been tagged in, and see what was written on their wall; a timeline of the weekend’s events can then be easily created. Social activities aren’t the only information disclosed to Facebook. Everything from relationship status – by stating single, in a relationship, or married, to political affiliations, through self-labeling or by joining politically charged groups – can be expressed.
Some may question the problems to this social integration, as certainly it has utility. An example could be finding likeminded people on campus. Simply clicking on your political affiliation will bring up a list of people with similar views. Constant utilizing of these social applications, however, creates a dependence, as social skills once used before are rendered obsolete. This then leads to a near Technopoly with the creation of the social web through the merger of these networking sites and the social life of an individual.
Faust exchanged his soul to the devil for a constant supply of youthful energy. Arguably, as Postman warned, the technopoly surrounding social networking has sold society’s collective soul of privacy in a Faustian bargain for the promise of a more fulfilling social experience. One should stop and analyze what exactly is the cost of this pact with the devil incarnate. Has the emergent culture of surveillance made us lose our desire to privacy?  Have we become dependent on a web application to fuel our social life?

One would hope that a pragmatic thinker such as Postman could see the inheret benefits of social networking, just as he would surely see the pitfalls. If social networking sites are used as they were intended – to help people socialize – technology could easily be considered a hero here, but as is the case with any technology, it can also be abused.
Sam Reynolds is a freelance columnist and ecommerce consultant. You can follow him around on twitter at www.twitter.com/thesamreynolds

TV Heart Attack Performing at the Habitat TV HEART ATTACK will perform an all ages show on Tuesday March 2 at The Habitat (248 Leon Ave). The set time is 9:30 PM. http://www.tvheartattack.com http://thehabitat.ca

The Kelowna Community Food Bank is hosting a pancake breakfast at Joeys Global Grill on August 23rd from 8:30 until 10am. All the money raised from ticket sales will be given to the Food Bank to help meet the needs of the community. The Food Bank has grown from serving 600 people in 1983 to… 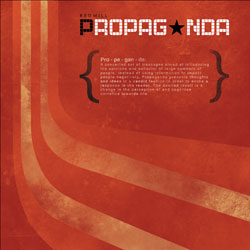 This past month we had a contest, through our Propaganda Facebook Group, to see who could not shave for the entire month of November. Thanks to everyone who accepted the challenge. Most didn’t make it, including myself, but a few did. The brave and strong. The hairy. Since deciding a winner was too hard, we…

Press Release Rafael Lozano-Hemmer lives and works in Canada and Mexico. Born in Mexico, he is a Canadian citizen. Now based in Montreal, he at one time lived in Vancouver. His artwork Vectorial Elevations, a highly visible public work involving searchlights in the Vancouver sky, is part of the Cultural Olympiad (the arts component of…